JES, the self-proclaimed Queen of Rocktronica releases her highly anticipated 4th studio album, Unleash The Beat. Named after the single from her previous album High Glow, Unleash The Beat is presented as a continuous mix, containing previously unreleased remixes alongside brand-new tunes. The album comes with an online remix package and contest for the title track. Get ready to and for “Unleash The Beat”.

For the fans it’s a known fact that JES has made name before with the release of one of a kind spin offs of her own material with “Into The Dawn” as the best example, featuring exclusive down tempo versions from her “Disconnect” album. But with the unique track composite of “Unleash The Beat” it truly is an amalgam album like no other. One part brand new track collection and one part 'High Glow' remix highlights; it's completed by a summary of the productions of others that JES' been dealing top-line justice to of late. New songs on the album include “Can’t Stop” with Ronski Speed; “Before You Go” with Andy Duguid; and JES’ own, “Back To You.” The David Silcox extended remix of JES’ “Fascination” is absolutely the sound of now and is perhaps the strongest track on this album, replete with a twist of dubstep to satisfy the hungry masses. 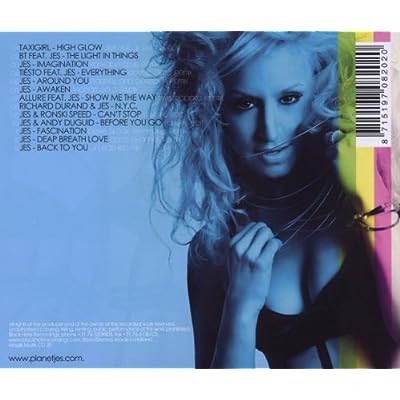